Some background on how we got to a cheese-less, gluten-free pizza: I love pizza! We aren't talking a slice of cheese and pepperoni here. We are talking all the toppings, loaded with broccoli, everything on it, pizza masterpieces. It's one thing to find those amazing delicacies when you just take out the gluten, but taking out the dairy was a whole new level. And I think other health conscious people out there can relate! Especially those suffering from food allergies and intolerances. 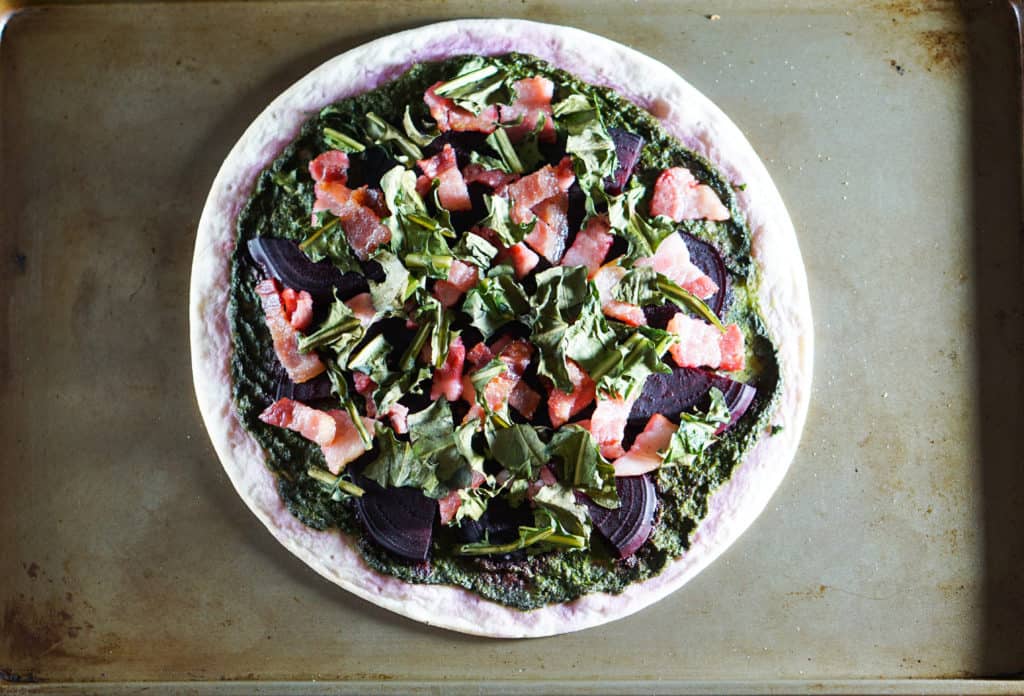 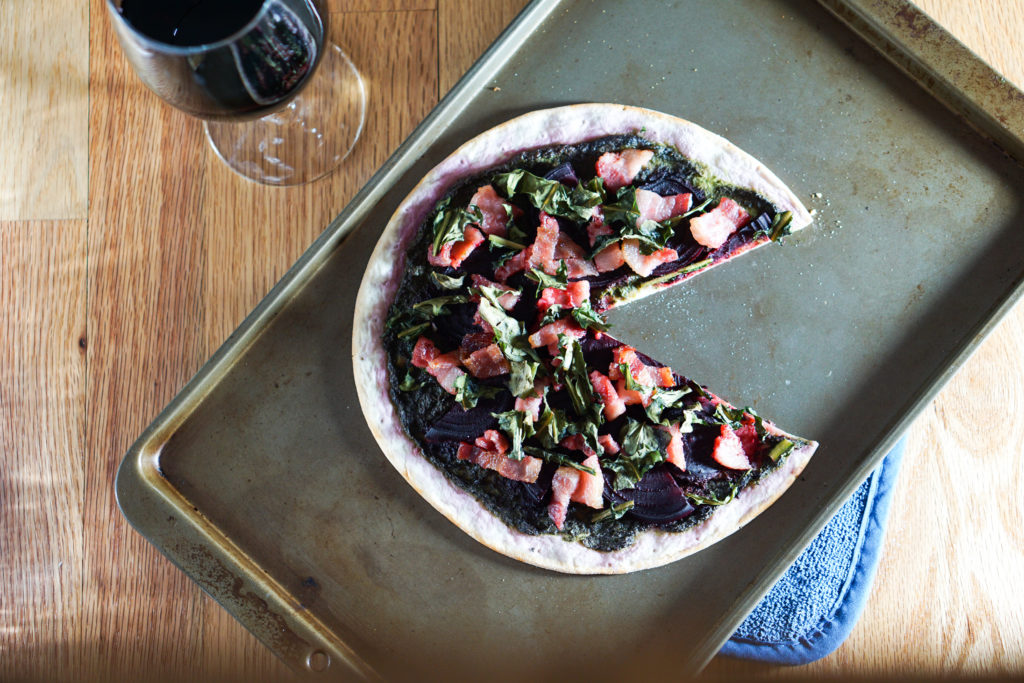 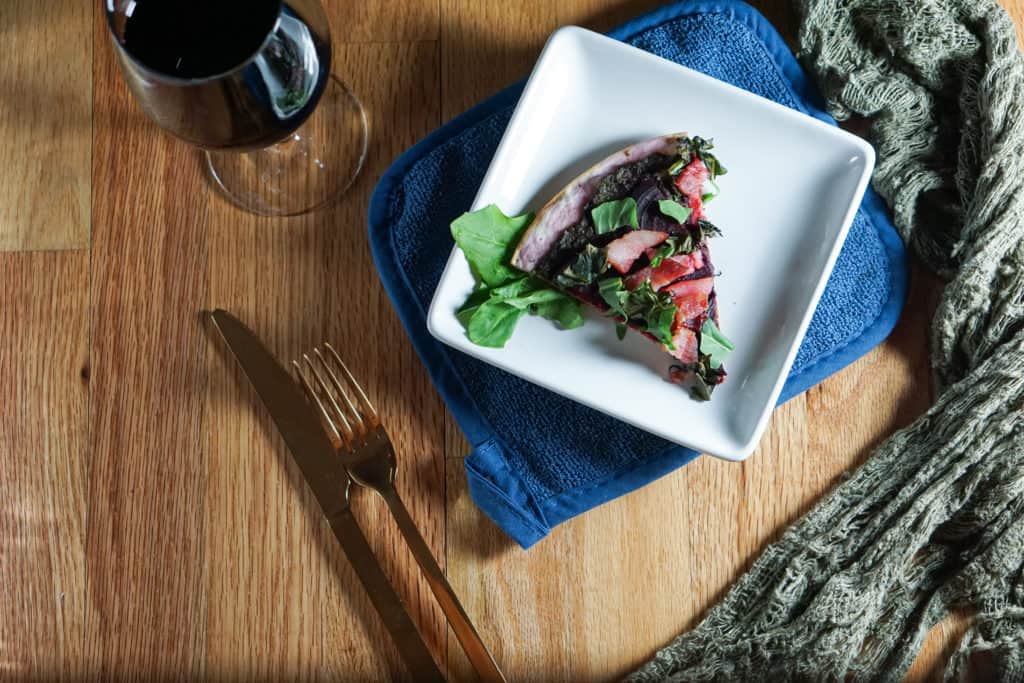 It doesn't matter that I don't eat gluten or cheese at all, I still want to eat some pizza, er... flatbread.  So why not make a pizza without the gluten or cheese and instead add all sorts of healthy veggies like kale, beets and dandelion greens? And while we are getting crazy, let's just make the base sauce out of kale?!?! Maybe we won't call it pizza in this cheese-less form, but we can call it flatbread, right?  Perfect, we will call this a Beet and Dandelion Flatbread. 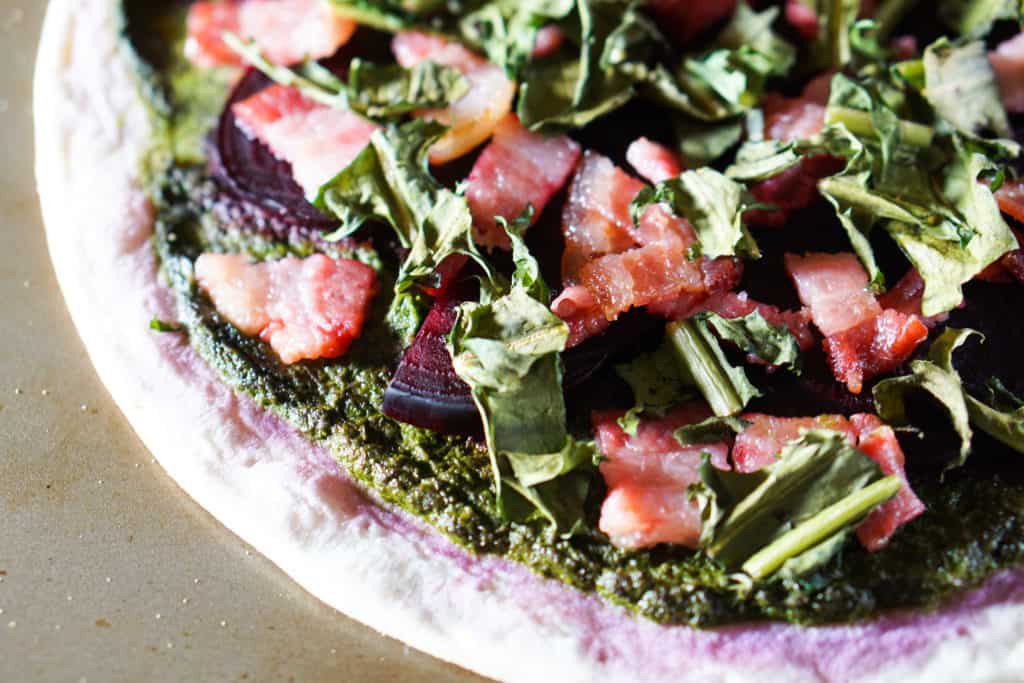 Give me the pizza... but keep your cheese and gluten!

To kick this up a notch and get my health back in gear for spring and summer, I wanted to get some dandelion greens in here. Dandelion greens are amazing for you and cheap. That's the best kind of super food.  They are also tart, which makes them pair perfectly with the sweet beets! If you have extra dandelion greens, throw them in smoothies or stir fries, or try this roasted beets and wilted greens side dish. (Or just make another Beet and Dandelion Flatbread... you'll want more than one! 😉 ) 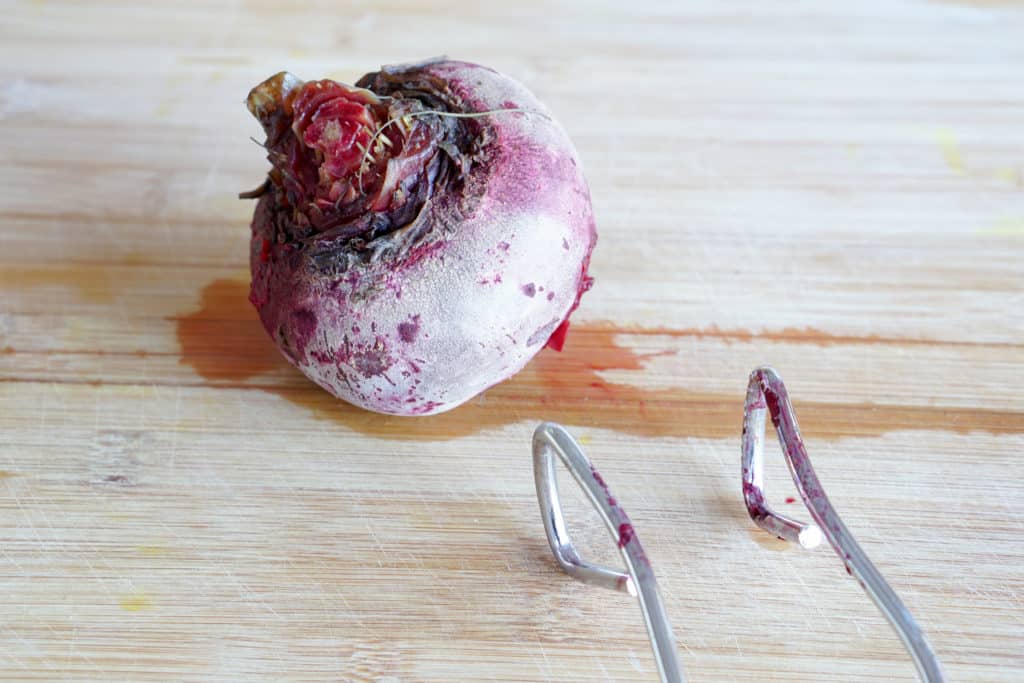 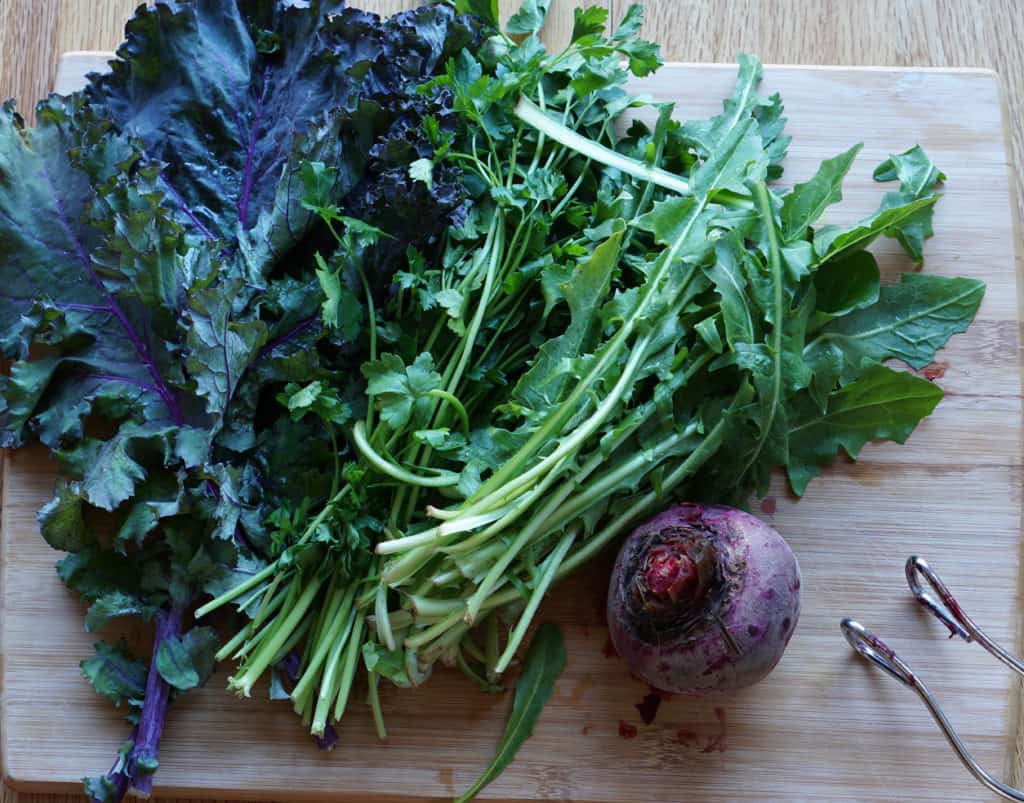 Looking for  recipes for the extra beets you might have? Besides making beet juice, you could use the beets for natural food dye like with these naturally dyed Easter eggs, or for beet and dandelion stuffed acorn squash 🙂 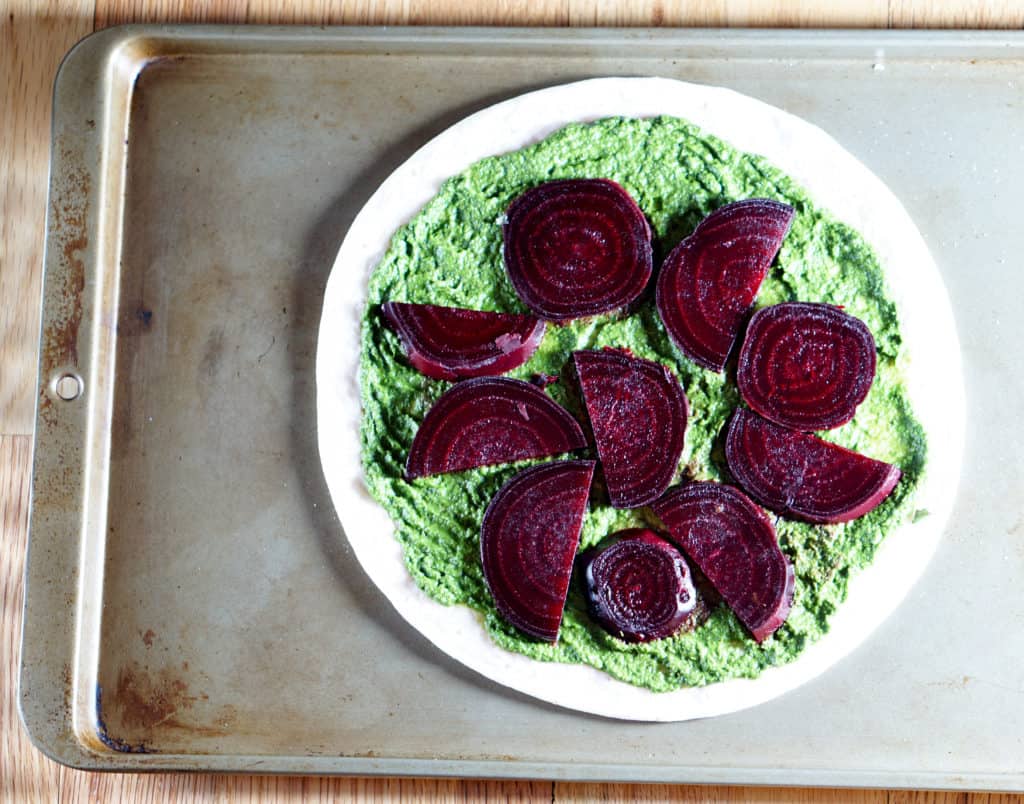 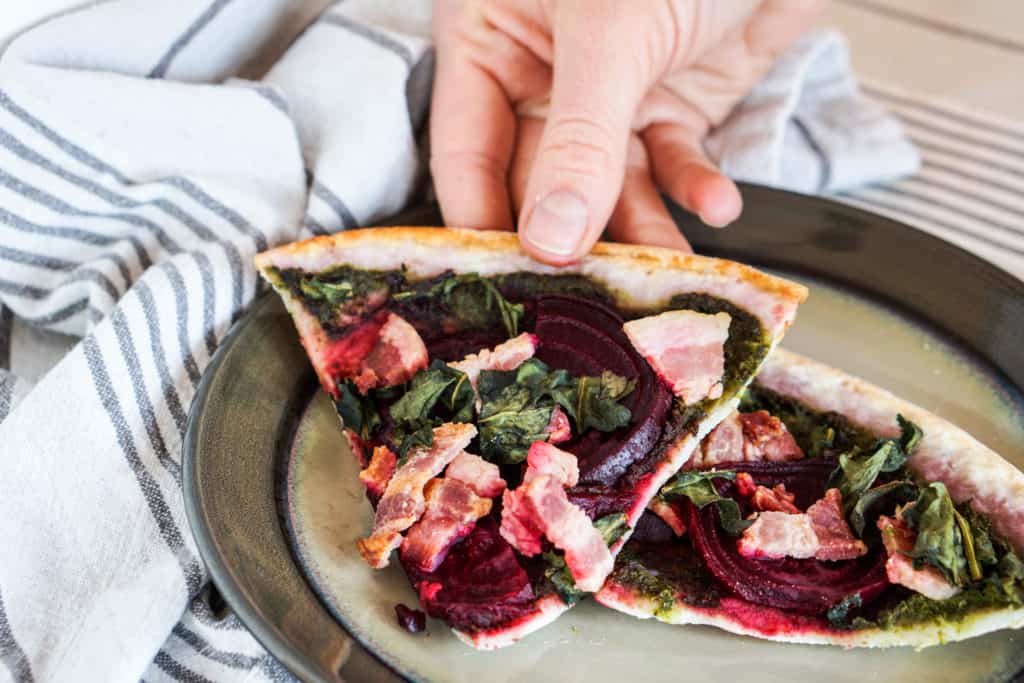 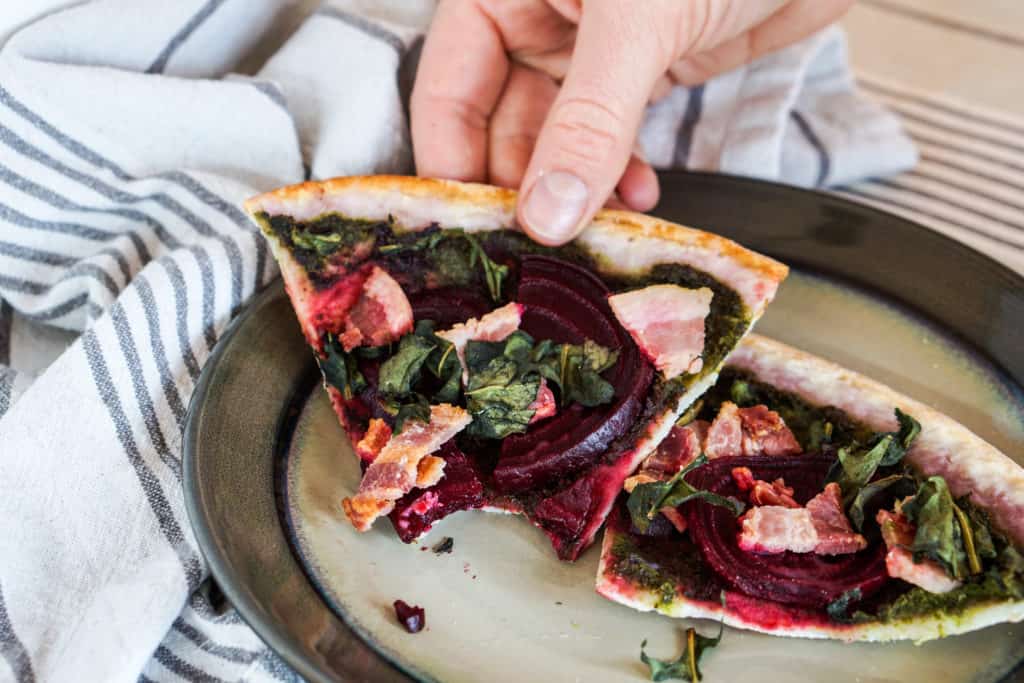 some of the links in this post are affiliate links, which means if you purchase through these links, I'll get a small percentage, at no extra cost to you! Which I very much appreciate! 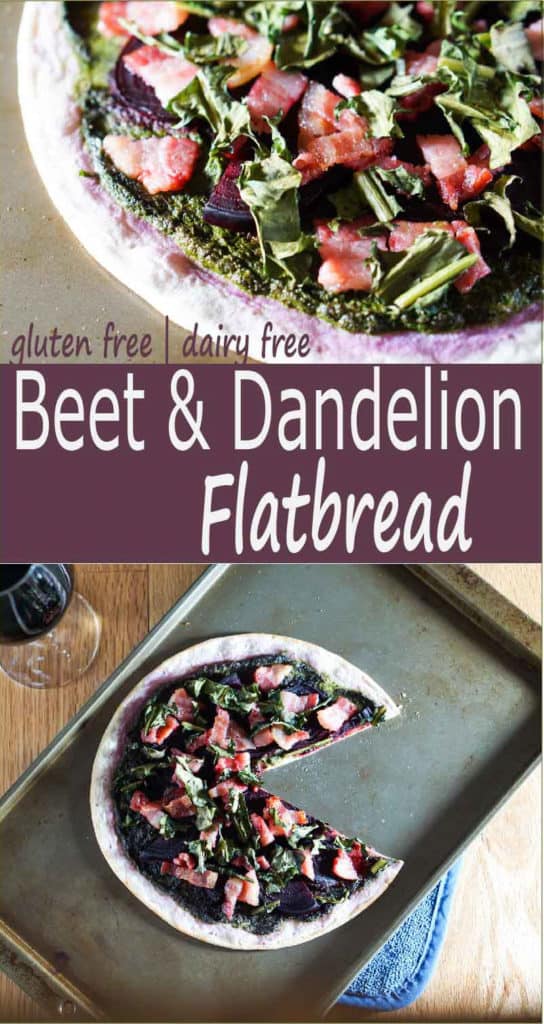